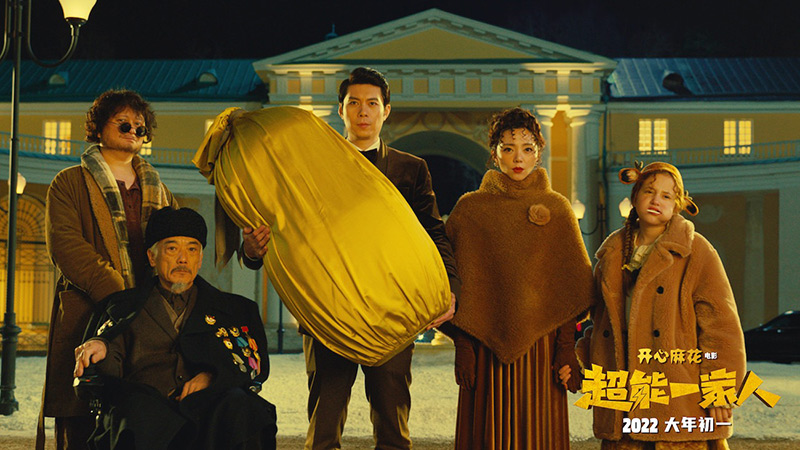 It is told that Zheng Qian who  runs away from home already before (Allen), return his hometown Ke Xiqike to attend grandfather's  funeral, discover accidentally however, the family are  able to trigger exceed ability once be together .Meanwhile, Qian Zheng encounters evil mayor Qiqikov ( Teng Shen ) who snatches his app . Qian Zheng was forced to unite with the super ability of the family to oppose Qiqikov together

The film Super Family is the most expensive and difficult film in the history of Mahua Funage, which can be said to be "unprecedented" in terms of the shooting period and scale.Director Yang Song led the crew to shoot in six different countries, with Russia accounting for nearly 50% and more than 1,700 special effects shots.This is a comprehensive upgrade of Mahua Funage in the production industry level, and the backstage team is star-lit.Film buildup Sheep Without a Shepherd， the director of photography, ying zhang, the manganese potassium Huang Mei qing" made the soul of the fine arts instruction, action guidance Wu Gang from Detective Chinatown , also specially invited visual-effects director Quan jiang , he participated in Ant-Man, lack Panther The Hunger Games", and many other Hollywood special-effects blockbusters, so many higher-ups will escort for this fantasy, adventure and comedy film .

If you need know more detail below , please contact us or leave a message , we will reply in the first time .