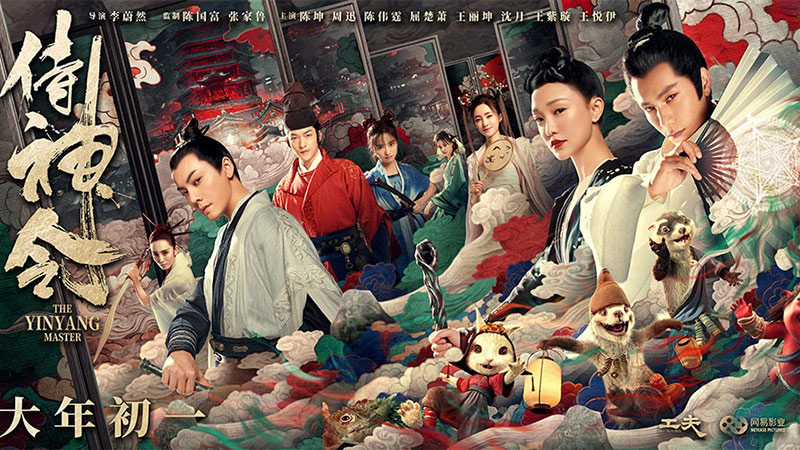 Onmyoji Seimei, who travels between the two worlds of human and demon, causes a disaster and is in crisis because of a contract with demons. At the same time, demon emperor force is coming back, a fierce war is on the verge of breaking out.At the critical moment when the situation changes and the situation is in turmoil, Seimei suddenly finds that his hybrid identity is the key to all these disasters.....

Chen Kun's face is almost impeccably portrayed in the trailer for The Yinyang Master.Chen Kun's Seiming style was finally exposed in a long time. I have to say that Chen Kun's face and figure are very good for the ancient costume style.

Netease classic game "Onmyoji" has been announced its overall valuation -- 70.22 billion, four years old "Onmyoji" still has a significant IP value.In fact, this game IP is made on the background of Onmyoji IP in Japan, and the novels and derivative film and television works related to the original IP have accumulated a certain audience base.It can be said that "Onmyoji", the top IP, has a small commercial advantage if it wants to be brought to the big screen.

When the starring cast of “The Yinyang Master" began to be announced, Chen Kun was almost promoted to the position of god by fans at that time, because his appearance level was similar to that of the characters in it. It can really be said that he was a god restored, with exquisite angular features and European-style deep eyes

And zhou xun also is not less, because she has also  been  a challenge of the same kind of makeup look, besides for zhou xun, her facial features and the plate is very fit,  once deductive nifty elf is also practicable, and also may be transformed into white impermanence