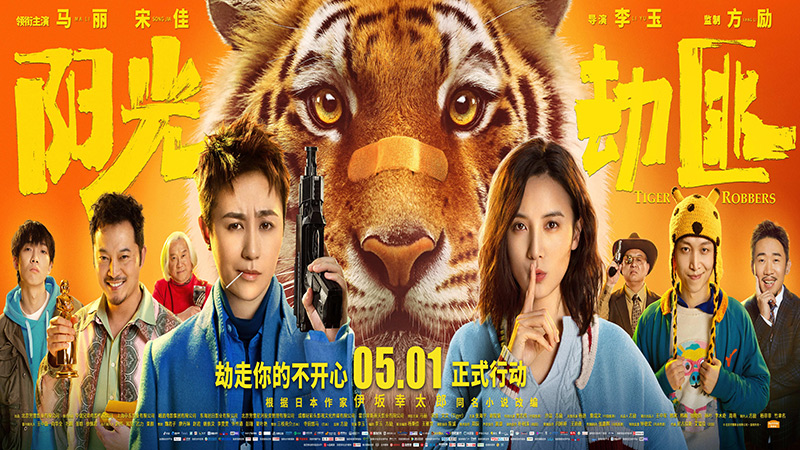 Guang Yang (Ma Li), who runs a pet search office, is commissioned to help to find lost pets.One day, Xiao xue ( Jia Song） found Guang Yang, ask her to find the daughter Nana that she depends on each other. Guang Yang is moved by Xiao Xue, and decided to  help, but she did not think that  "Nana"  is a big tiger of 5 years old actually, then they  start  the joy journey of robbing tiger which is laughing and thrilling

With films such as Goodbye Mr. Loser and Never Say Die, which have earned more than 4 billion at the box office, Li Yu said that Ma Li, who has been dubbed the "Queen of Comedy", "has a lot of rich emotions in her heart, which have more possibilities to bloom."It Is different from  her former hearty atmosphere of tying, Mary not only break through his short hair limit, whole individual temperament changed in  180 degrees , from the funny, "the man" to a cold arrogant silence widowed language "robber", Mary shifts freely between hot and cold,It also made Li Yu exclaim, Mary's acting ability is beyond my imagination, this is the best Mary I have ever seen!"

Jia Song, the "Golden Rooster Best Actress", also gives a performance that breaks her screen image.To show the mother 's state of despair after  "children" lost ,and to show the better effect, Song Jia is to give up the past gorgeous intellectual female image in the screen, not afraid to play without  makeup, more hysterical performance moved the studio staff many times,  director Yu Li praised that jia song  is definitely  undervalued actress by Chinese film circle.